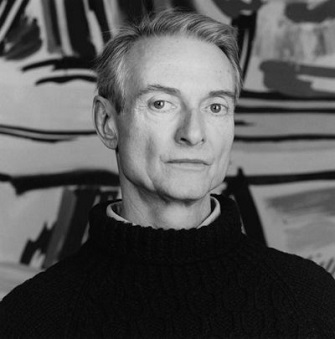 Roy Lichtenstein was an American pop artist best known for his boldly-colored parodies of comic strips and advertisements.

As a boy growing up on Manhattan's Upper West Side, Lichtenstein had a passion for both science and comic books. In his teens, he became interested in art. He took watercolor classes at Parsons School of Design in 1937, and he took classes at the Art Students League in 1940, studying with American realist painter Reginald Marsh.

Following his graduation from the Franklin School for Boys in Manhattan in 1940, Lichtenstein attended The Ohio State University in Columbus, Ohio. His college studies were interrupted in 1943, when he was drafted and sent to Europe for World War II.

After his wartime service, Lichtenstein returned to Ohio State in 1946 to finish his undergraduate degree and master's degree - both in fine arts. He briefly taught at Ohio State before moving to Cleveland and working as a window-display designer for a department store, an industrial designer and a commercial-art instructor.

In the late 1940s, Lichtenstein exhibited his art in galleries nationwide, including in Cleveland and New York City. In the 1950s, he often took his artistic subjects from mythology and from American history and folklore, and he painted those subjects in styles that paid homage to earlier art, from the 18th century through modernism.

Lichtenstein began experimenting with different subjects and methods in the early 1960s, while he was teaching at Rutgers University. His newer work was both a commentary on American popular culture and a reaction to the recent success of Abstract Expressionist painting by artists like Jackson Pollock, Mark Rothko, Jasper Johns and Willem de Kooning. Instead of painting abstract, often subject-less canvases as Pollock and others had had done, Lichtenstein took his imagery directly from comic books and advertising. Rather than emphasize his painting process and his own inner, emotional life in his art, he mimicked his borrowed sources right down to an impersonal-looking stencil process that imitated the mechanical printing used for commercial art.

Lichtenstein's best-known work from this period is "Whaam!," which he painted in 1963, using a comic book panel from a 1962 issue of DC Comics' All-American Men of War as his inspiration. Other works of the 1960s featured cartoon characters like Mickey Mouse and Donald Duck and advertisements for food and household products. He created a large-scale mural of a laughing young woman (adapted from an image in a comic book) for the New York State Pavilion of the 1964 World's Fair in New York City.

Lichtenstein became known for his deadpan humor and his slyly subversive way of building a signature body of work from mass-reproduced images. By the mid-1960s, he was nationally known and recognized as a leader in the Pop Art movement that also included Andy Warhol, James Rosenquist and Claes Oldenburg. His art became increasingly popular with both collectors and influential art dealers like Leo Castelli, who showed Lichtenstein's work at his gallery for 30 years. Like much Pop Art, it provoked debate over ideas of originality, consumerism and the fine line between fine art and entertainment.

By the late 1960s, Lichtenstein had stopped using comic book sources. In the 1970s his focus turned to creating paintings that referred to the art of early 20th century masters like Picasso, Henri Matisse. In the 1980s and '90s, he also painted representations of modern house interiors, brushstrokes and mirror reflections, all in his trademark, cartoon-like style. He also began working in sculpture.

In the 1980s, Lichtenstein received several major large-scale commissions, including a 25-foot-high sculpture titled "Brushstrokes in Flight" for the Port Columbus International Airport in Columbus, Ohio and a five-story-tall mural for the lobby of the Equitable Tower in New York.

Lichtenstein was committed to his art until the end of his life, often spending at least 10 hours a day in his studio. His work was acquired by major museum collections around the world, and he received numerous honorary degrees and awards, including the National Medal of Arts in 1995.